The Feast of the Pumpkins has just passed, but the gloomy Dark Ritual is always with us! 🎃🦇

We will need its strength and power, for the Kickstarter launch day is approaching!

Lots of succulent rewards await… will you be ready to catch the limited ones? Follow our social media pages and register to our newsletter to be notified as soon as we launch!

But let’s get back to our Dark Ritual.. what is it, how does it work, and how did we fix it? Read on, fellas! 📒 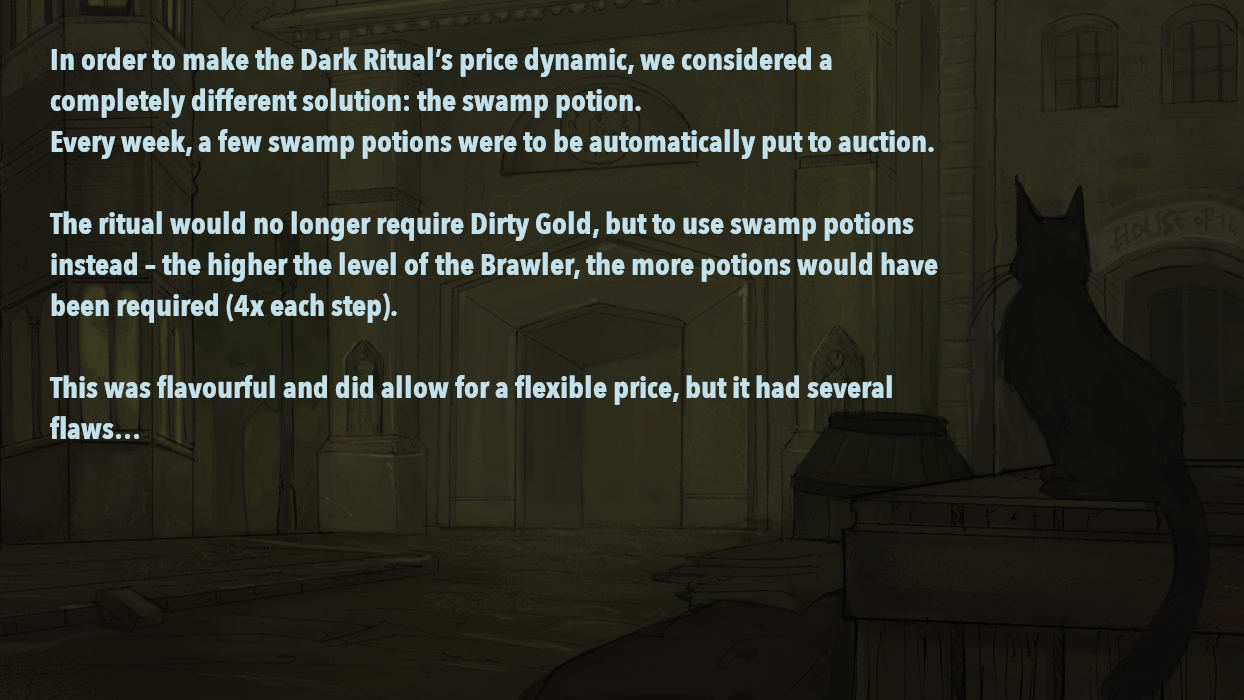 The Dark Ritual allows you to sacrifice a few of your supporters, add a non trivial amount of Dirty Gold (DG), and thus produce a professional Brawler 💪

The first – vital – caveat, is that it requires you to already have some supporters, and to “spend” them in the process 🥵

This prevents you from just pouring DG into the game and create as many Brawlers as you want: you need to have earned those supporters first, and you’ll consume them. We already talked about this in a previous issue.

The second one, which is what prompted us to act now, is that the amount of gold required is – was – fixed. Why was this a problem?

Because there often are Egg auctions that allow you to create Brawlers, and the auction’s starting price is 0. Sure, it will go up sharply, but it might (and was) still much lower than what the Dark Ritual was asking, and didn’t harm your supporters either! 💚🥚

The exact mechanic is that when anyone performs any ritual, the following week there will be an auction for an Egg of the same level, in a random currency. So, even if nobody performs dark rituals, ivory rituals will still cause Eggs to spawn.

So, for some levels, it just wasn’t convenient anymore to perform dark rituals: if was better to just wait for an Egg’s auction to pop up, and try to win it for a much more reasonable price… 🤑

We studied for possible solutions, and what we came up with was simple: a dynamic DG price 💡

The price would have to go down when nobody performed the ritual, because that meant that it was too high. As a consequence, it also had to go up when someone did perform the ritual, otherwise it would only decrease and eventually be too convenient forever 🤷

In order to make the Dark Ritual’s price dynamic, we considered a completely different solution: the swamp potion 🧪

Every week, a few swamp potions were to be automatically put to auction.

The ritual would no longer require DG, but to use swamp potions instead – the higher the level of the Brawler, the more potions would have been required (4x each step).

This was flavourful and did allow for a flexible price, but it had several flaws:

So, we created one value for every level of the ritual, with the current price.

Every time someone performs the ritual, we immediately raise the price for that level, of a % of the current price.

Every day, we lower the price by a %, no matter what happened.

When a new higher ritual level is considered, its starting price is based on the previous level’s current price.

Initially, we thought we would examine the situation every week, raise the price if anyone performed the ritual, and decrease it otherwise.

This, however, had a problem: the weekly increase/decrease would have been a hot spot, which you might have decided to wait in order to pay slightly less. This is not ok, the game shouldn’t put you in stand-by to wait for the perfect price 😠

But maybe someone else performed a ritual last minute, the price would increase instead, so you waited and all for nought! Even worse 😡

And in general, one of the things we always strive to avoid in this game, is to create focal points in time, those mechanisms that makes it is convenient to get online just to check something. So, this implementation was totally unacceptable 🚫

We thus managed to eliminate the hot spots 👌:

Since we are talking about % variations, we have to take compounding into account… time for a spreadsheet!

Our goal could be summarized in “if for 1 year nobody ever performed a ritual, its final price would be ¼ of the starting price”. Accordingly, we calculated the daily % decrease 📉

Moreover, “if in a week that ritual is performed twice, its price will stay the same”. Thus we found a value which kept the daily decrease into account and ended up balancing it out 📈

I won’t go into details, because TBH there’s some ugly spreadsheet involved, and the mere looking at it will require a roll not to lose sanity points  📎

No supporter was harmed… 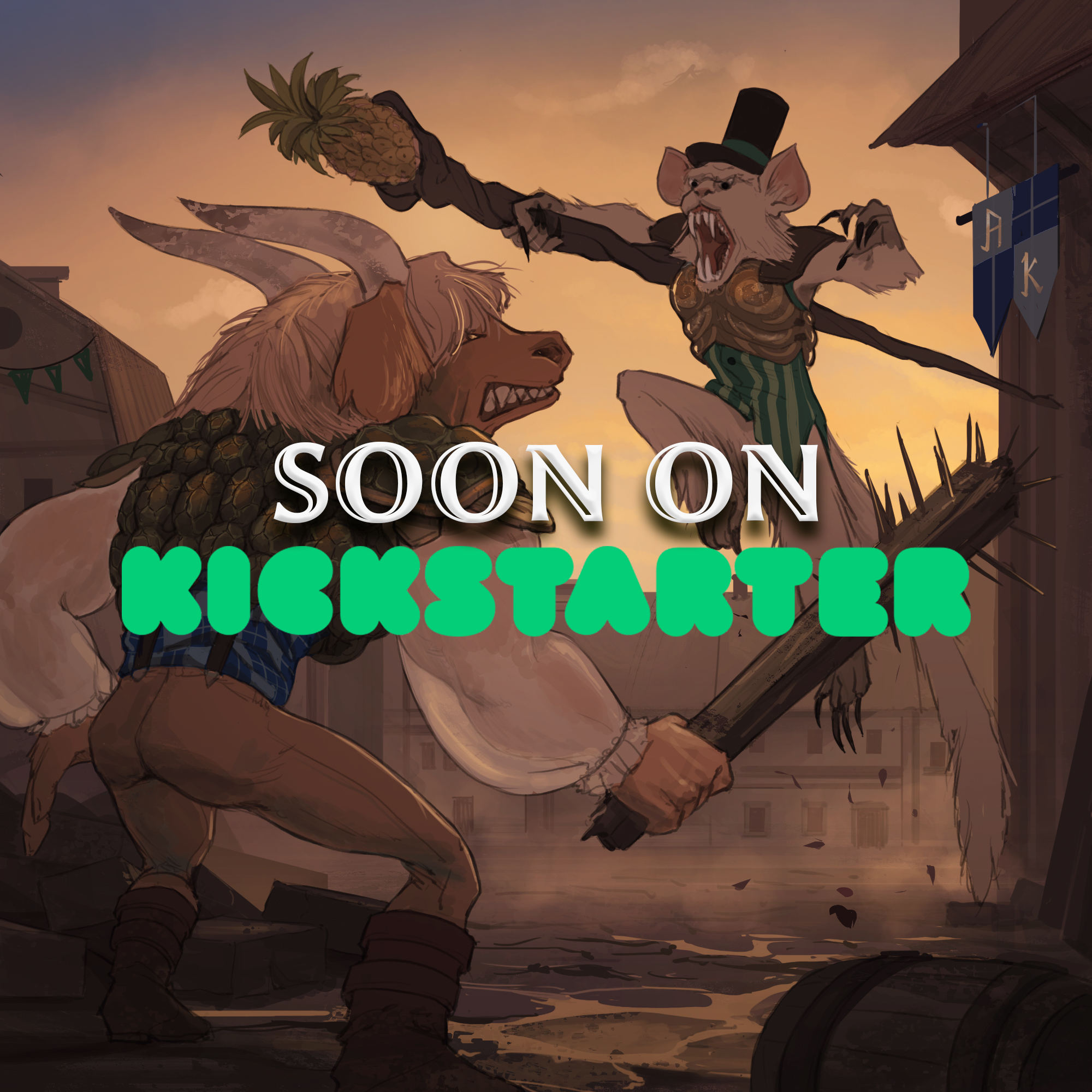